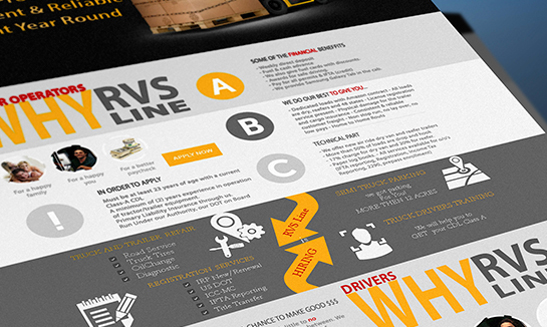 RVS Line is a large transport logistic company which covers all North America. And it has more than 200 trucks in their parking lot.

When the client contacted us he already had a web-site. And they were satisfied with it as it gave them all they needed.The only task it couldn’t solve for them was attracting new truck drivers. The client called us to solve this problem. We have inspect their corporate web site and understood that it was good enough and there was no need to spend extra money and to renew it. We came up to the client with the idea to create a separate landing page, which will have just one task – to attract new drivers. We have developed the structure of the page, a web design, which was very attractive to the target audience.

The developed web-site showed all the advantages of working for the company and then led to the application form. 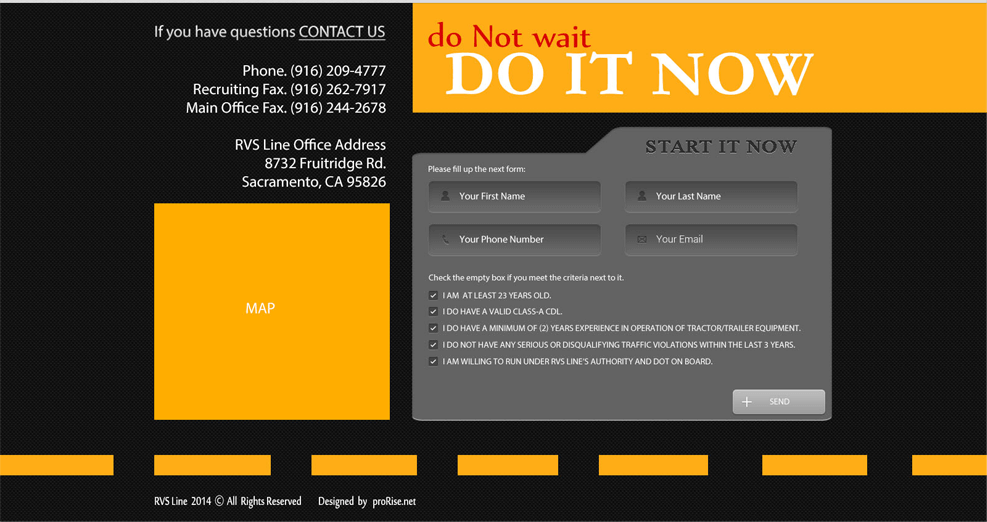 The problem was solved and the landing page worked very well. According to the statistical data every 8th visitor filled up an application form. This solution reached the goal and saved about 4000$ for the client, just because we didn’t have to renew the whole web-site, but just created an efficient landing page 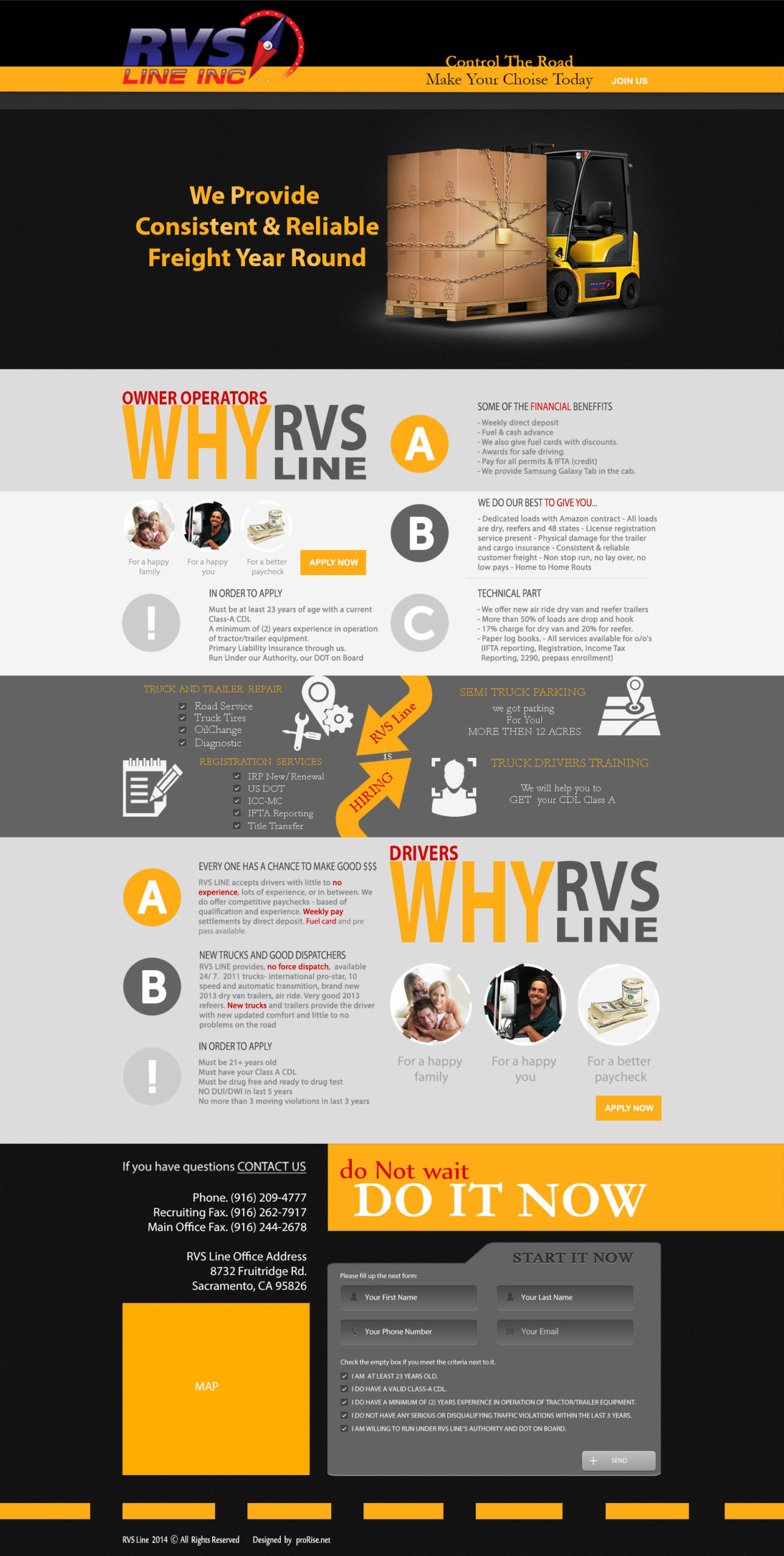 Have a Project in Mind?

There’s no “one size fits all.” We’re proud to say that every site is tailor-made for your specific needs and offerings. Stop missing out on new business.